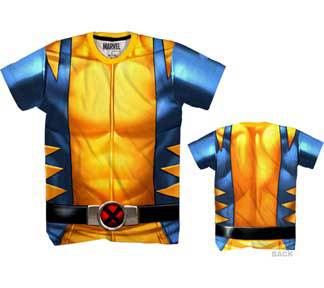 Are you a tortured soul with an adamantium skeleton? Okay, you probably don’t have a skull as thick as Logan’s, but it’s not difficult to feel something in common with this crafty super hero. If you’re a fan of his Berserker rage, show it off in style with this officially licensed Marvel t-shirt! Designed to look just like his X-men suit, this Wolverine t-shirt is a great way to show some love for your favorite comic book character. Let the world know that there’s more to you than meets the eye with this awesome X-men t-shirt! 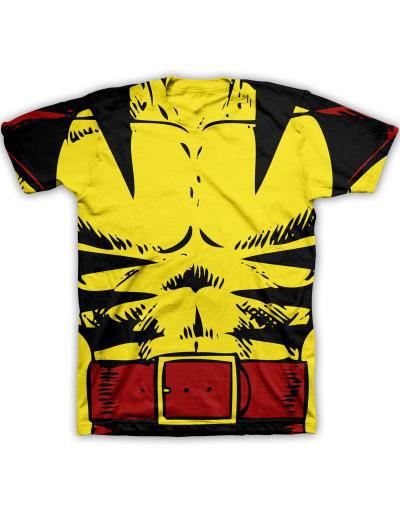 If you’re the best there is at what you do, then we’ve got the best t-shirt for you to do it in! This officially licensed Wolverine costume t-shirt features a print of Logan’s classic yellow costume from the neck to the waist. It’s perfect for Halloween and comic book conventions. 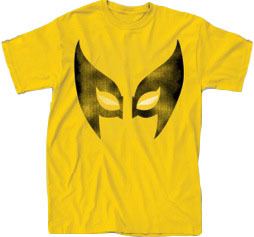 The title says this is simple, but we all know that there’s nothing simple lying behind this hero’s mask. If you’re a fan, why not show it off in style? This officially licensed Wolverine t-shirt features the unforgettable mask of one of the most troubled super heroes of all time. With a distressed print for a proper vintage look and feel, this X-men t-shirt is sure to please anyone who loves adamantium claws, making it the perfect choice for any die hard Marvel fan. 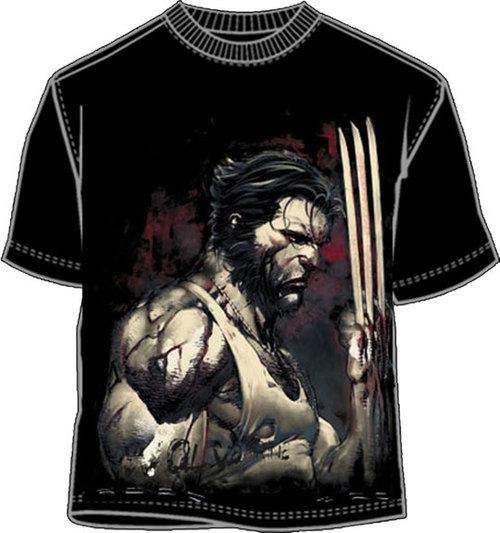 There are few men as dark and brooding as Logan, but if you know his story, you won’t blame him. This officially licensed Wolverine t-shirt features everyone’s favorite super hero in a menacing pose. If you’ve ever felt like going berserk on someone, why not show it off in style? Let the world know who your favorite mutant is with this awesome X-men t-shirt. Comic book fans are sure to love this well crafted Marvel t-shirt! 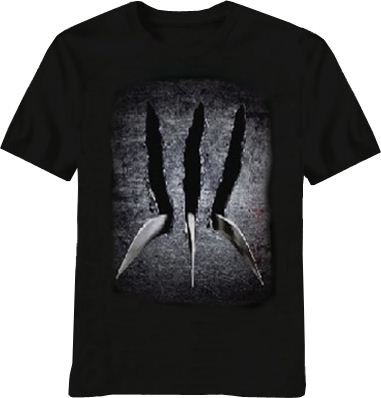 Do you have a beast inside of you just waiting to come out? Do you sometimes wish you had a skeleton made of Adamantium, complete with metallic claws? If so, this officially licensed Wolverine t-shirt might just be perfect for you! Featuring Wolverine’s claws shredding through the cloth of the shirt, this X-men t-shirt is a great way to show some love for one of Professor Xavier’s greatest pupils. Let the world see your inner Logan with this awesome Marvel t-shirt! 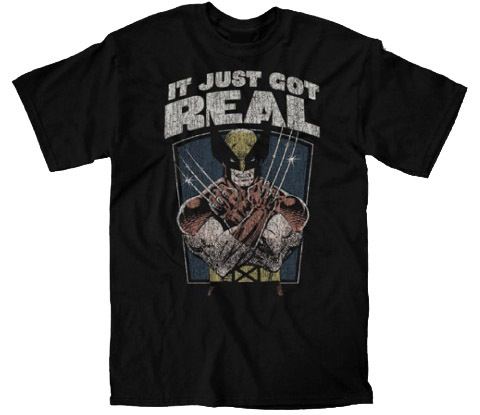 When Logan pulls out his claws, you know it’s about to get real! You just don’t mess with the Wolverine. If you’re a fan of this much beloved and troubled super hero, why not show it off with pride? This officially licensed Marvel t-shirt features everyone’s favorite X-men character, making it a perfect choice for any die hard fan. Let the world know who your favorite mutant is with this awesome Wolverine t-shirt! 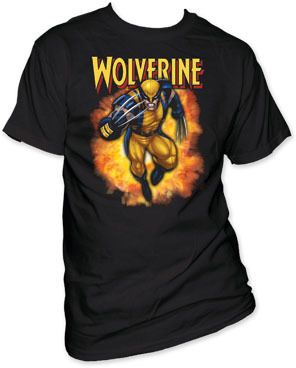 He’s the best there is at what he does, bub! If you don’t order this bold black Wolverine t-shirt now, we may just fly into a berserker rage. The cotton tee features a painted comic print of the X-Men’s resident badass baring his adamantium claws. SNIKT!e surrounds the classic X-Men logo on the front of the shirt. 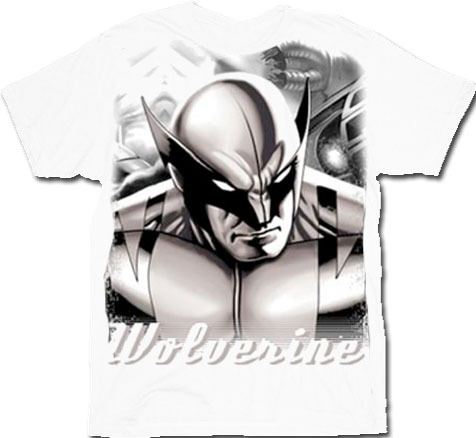 Have you ever wanted to go berserk on someone? Well, Logan sure has those impulses from time to time! If you’re a fan of his handy work, why not show it off with pride? This officially licensed X-Men t-shirt is the best there is at what it does– pay tribute to the ol’ Canucklehead, Wolverine! The white cotton tee features a quality comic print of Logan dressed in his familiar X-Men costume. The superhero’s codename appears below his likeness is stylized script. Let the world know just how bad a good guy can be with this awesome Robot Assassin Wolverine t-shirt featuring a black and white print of this much beloved super hero! 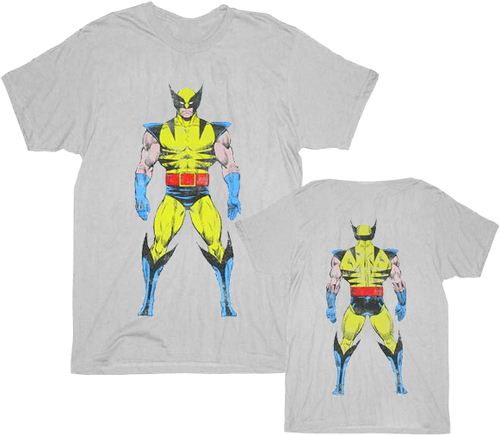 Pay tribute to the ol’ Canucklehead with this officially licensed Wolverine t-shirt! The silver cotton tee features reference art of the famous X-men enforcer, front and back. It’s a simple portrait of one of comics’ strangest and most iconic superhero costumes. 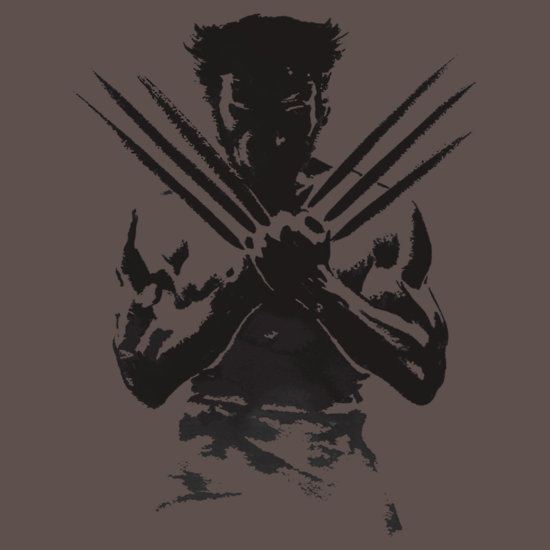 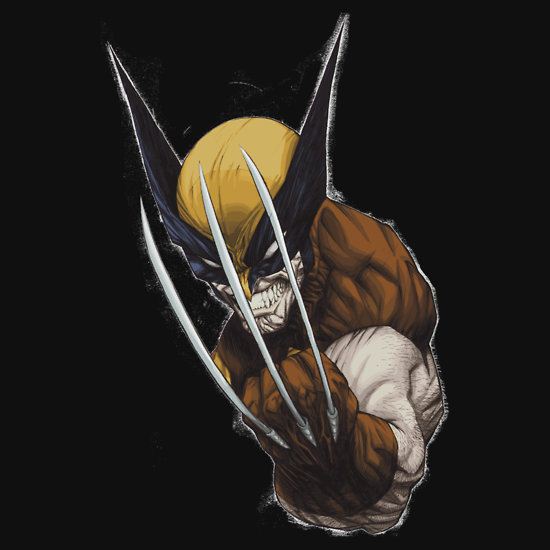 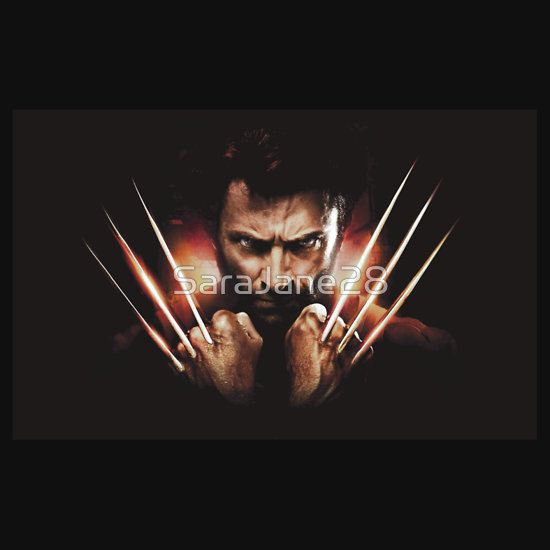 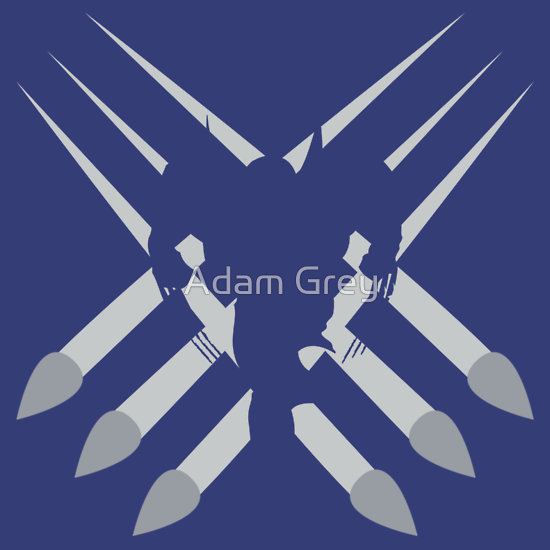 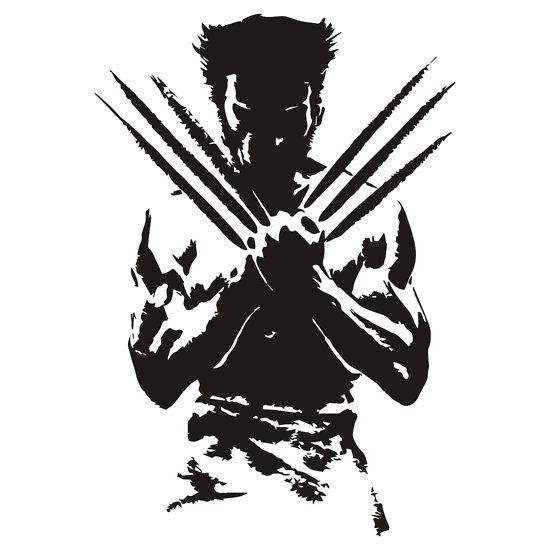 Buy it on redbubble.com
$25.14
15 Wolverine by Ameeraalqaed 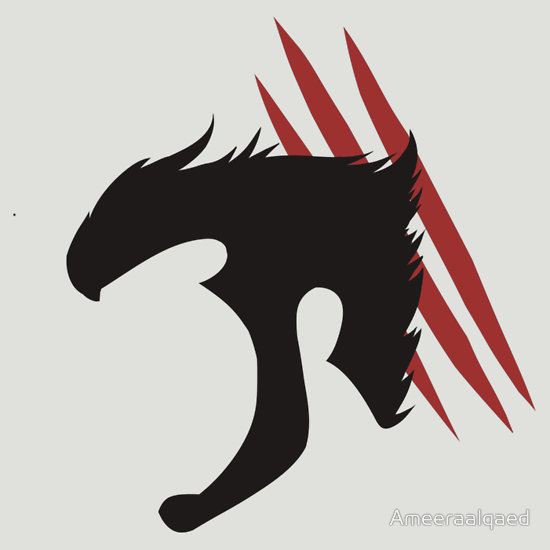 Buy it on redbubble.com
$28.14
16 wolverine by PastorKing 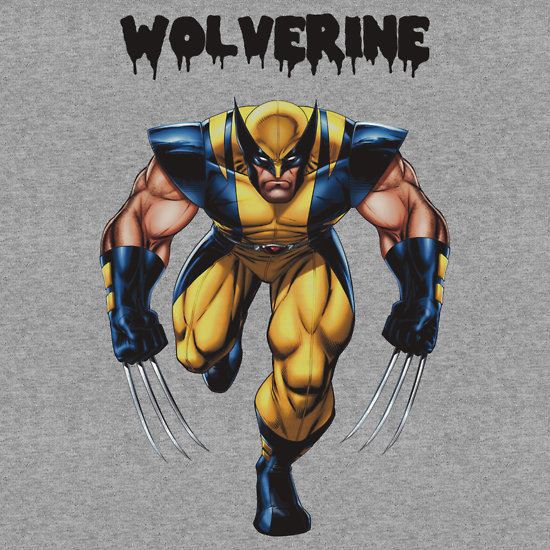 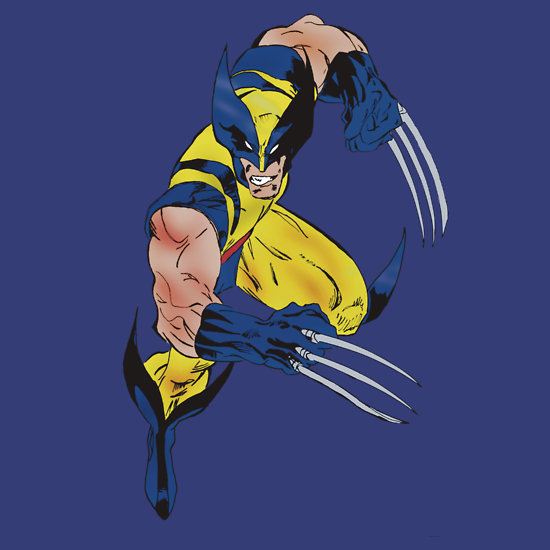 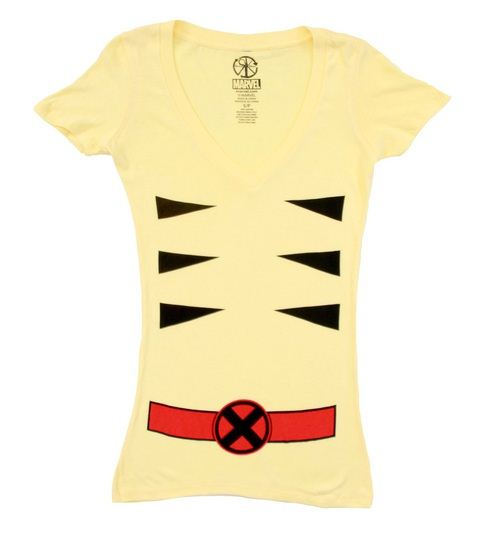 Hey Bub, err….Hey Ladies! If you’re a X-men fan, and more specifically a fan of Wolverine, then you’ll love our Marvel X-Men Wolverine V-neck Juniors Yellow Costume T-shirt. Now you can wear Wolverine’s X-Men outfit for Halloween. Made of 100% Cotton and officially licensed, our Marvel X-Men Wolverine V-Neck is available exclusively in Junior Sizes only and is available in sizes Small through XX-Large. Go Wolve-y berserk style, but keep your claws to yo self.