Check out our discoveries of the most awesome Hulk Hogan T-Shirts below. We simply find and round up all Hulk Hogan T-Shirts scattered around the Internet that we think are cool so that you don't have to. If you find these Hulk Hogan T-Shirts really cool, do not hesitate to share with your friends.
* The list below contains affiliate links, which means if you make a purchase after clicking on a link below we may earn a small commission at no extra cost to you.
1 80s WWE Wrestlers T-Shirt 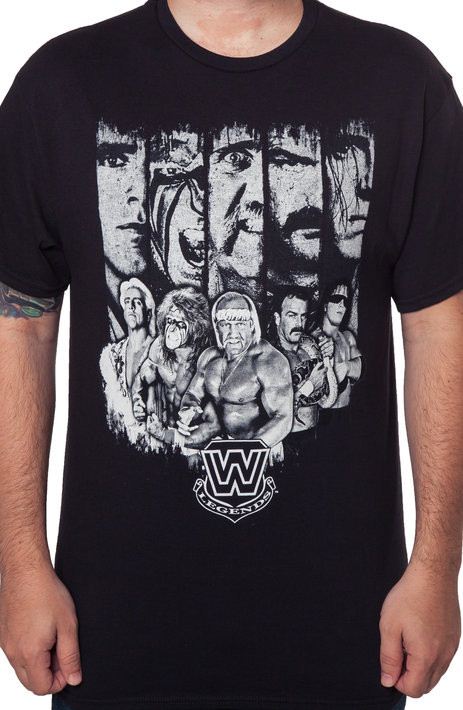 This ’80s wrestlers t-shirt features a who’s who of wrestling legends. The shirt shows “Nature Boy” Ric Flair, the Ultimate Warrior, Hulk Hogan, Jake “The Snake” Roberts, and Bret “Hitman” Hart. These men were all wrestling icons in their own right. Now, you can show that you are a fan of all of them with this 80s WWE Wrestlers t-shirt. 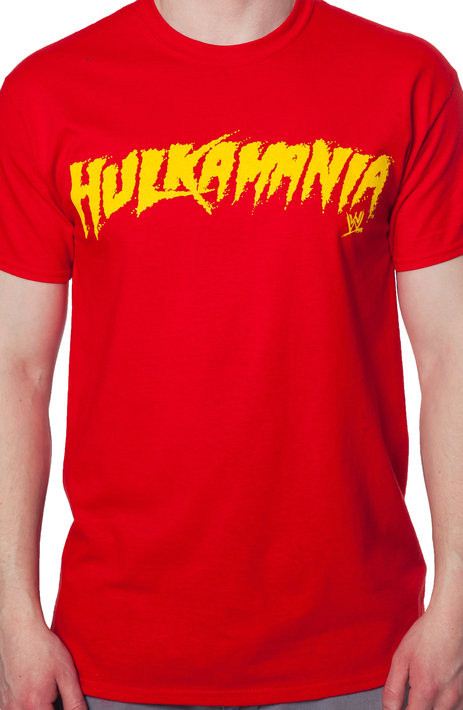 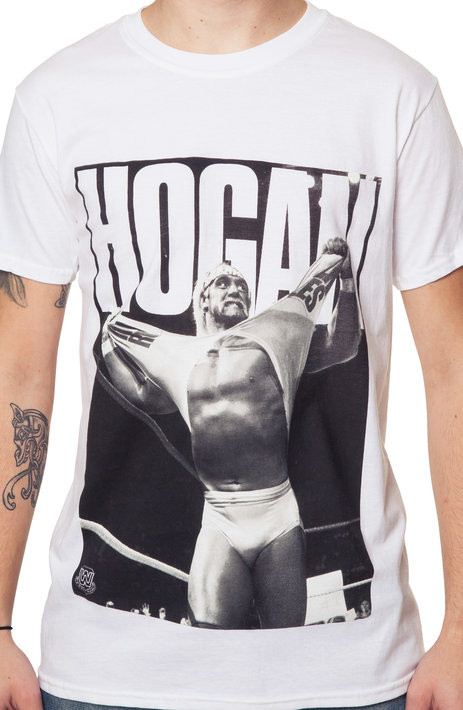 This Hulk Hogan t-shirt features a black and white image of the Hulkster performing his trademark ripping of the Hulkamania shirt before a match. This ritual helped to prepare Hogan to “Hulk Up” and defeat some of the biggest names in the sport of wrestling. Hulk Hogan is one of the most iconic figures in the history of wrestling, and now you can help to show that Hulkamania is still runnin’ wild with this Ripped Shirt Hulk Hogan t-shirt.

After all these years, Hulkamania is still runnin’ wild, and now you can show that you are a fan of wrestling icon Hulk Hogan with this Hulkamania t-shirt. The t-shirt shows the Hulkster’s unforgettable Hulkamania logo, now surrounded by a black border, brother. This Hulkamania t-shirt is the perfect shirt to wear while asking everyone that crosses your path, “What’cha gonna do when Hulkamania runs wild on you?”. 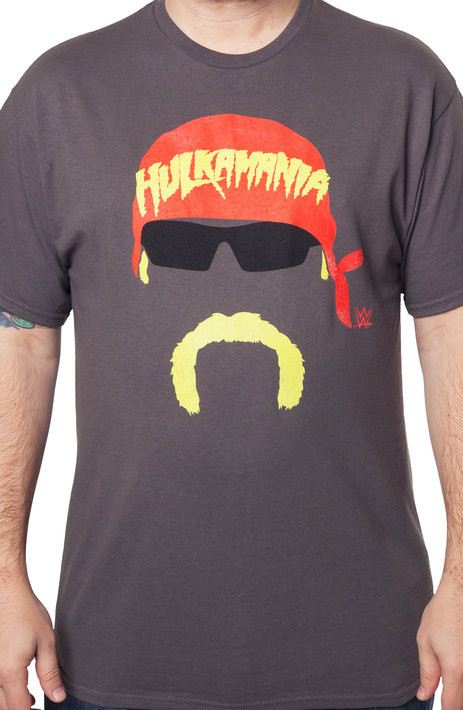 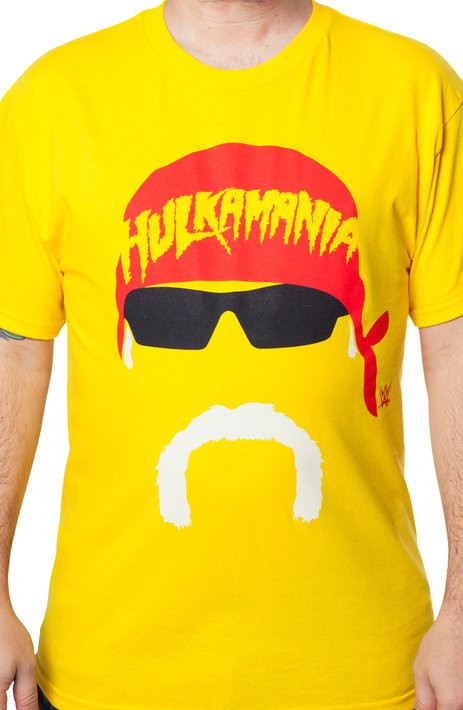 In the 1980’s, professional wrestling was changed forever as one man became the face of the sport. That man was the immortal Hulk Hogan. Now, you can wear the Hulkster’s face on this Hulk Hogan t-shirt. This shirt shows most of Hogan’s unforgettable features: His mustache, his sunglasses, and his Hulkamania bandana. The only things missing are his twenty-four inch pythons. For any Hulkamaniac, this Yellow Hulk Hogan Face t-shirt is a must have. 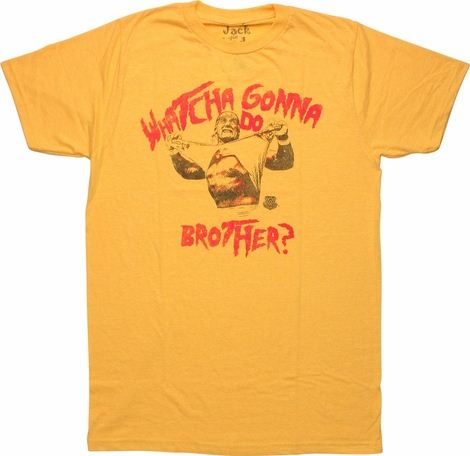 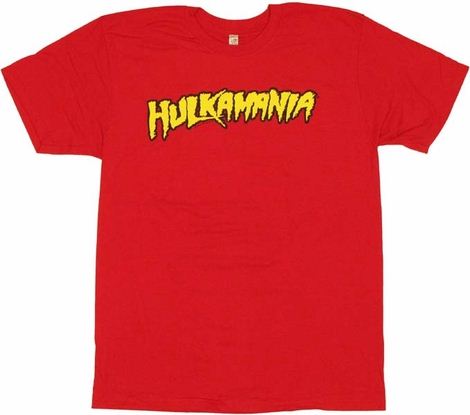 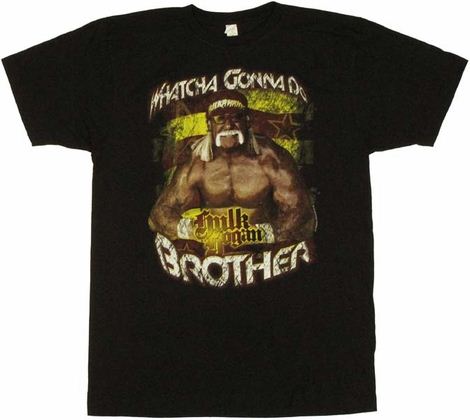 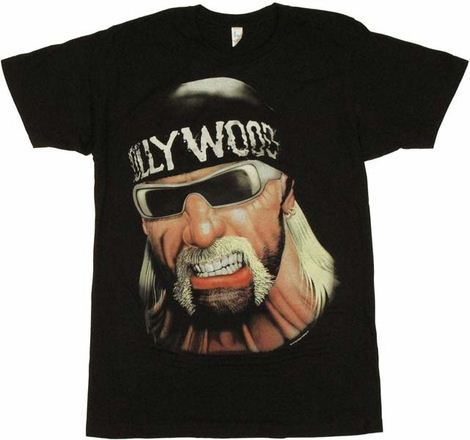 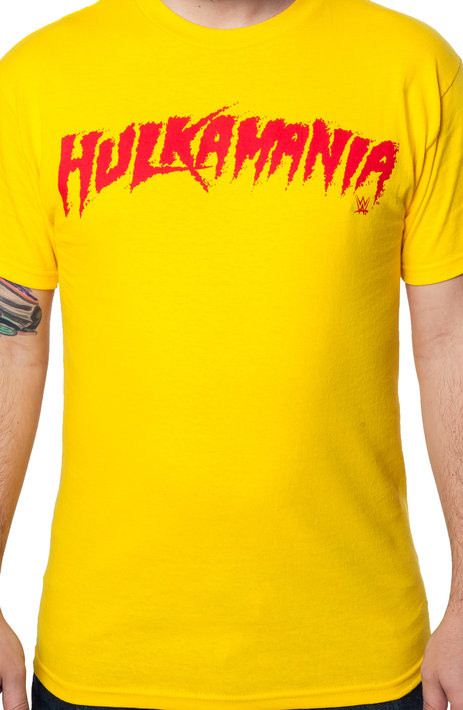 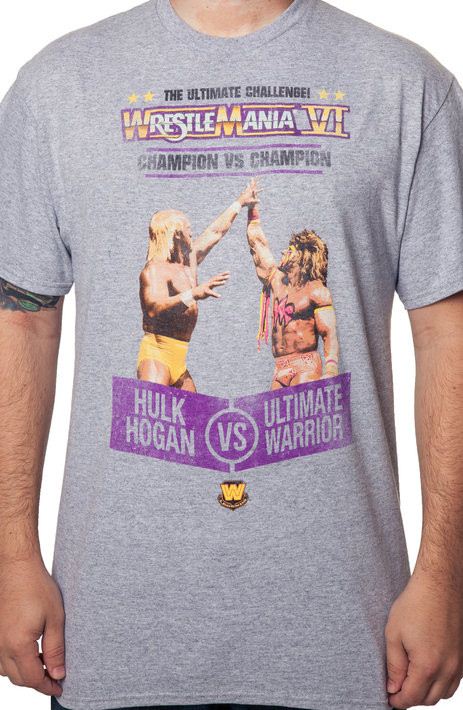 This shirt features the poster artwork for the biggest, baddest ever of 1987, Wrestlemania 3. The main event of the wrestling extravaganza pitted Heavyweight champion Hulk Hogan against his former friend, Andre The Giant. Wrestling fans the world over will remember this historic match as the unstoppable force vs. the immovable object. This Hulk Hogan Vs. Andre The Giant Wrestlemania 3 t-shirt is perfect for anyone who looks back fondly at the biggest main event in sports entertainment history.