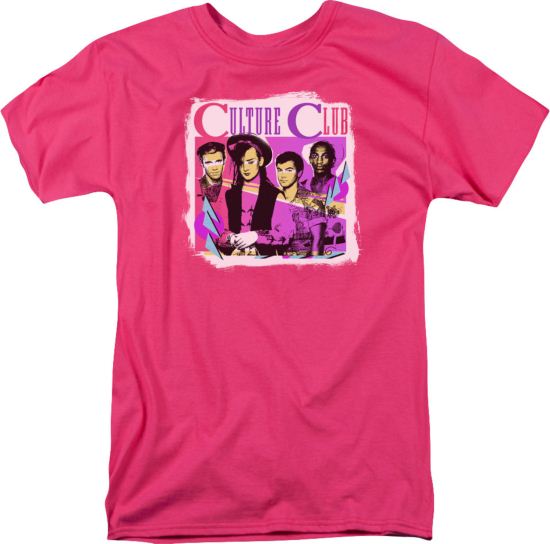 With unforgettable hits that include “Do You Really Want To Hurt Me”, “The War Song” and “Karma Chameleon”, Culture Club was one of the biggest bands of the 1980’s. Let everyone know that you are a fan with this colorful Culture Club shirt that features band members Roy Hay, Boy George, Jon Moss and Mikey Craig. Everyone will tumble 4 ya when they see you wearing this vintage Culture Club t-shirt! 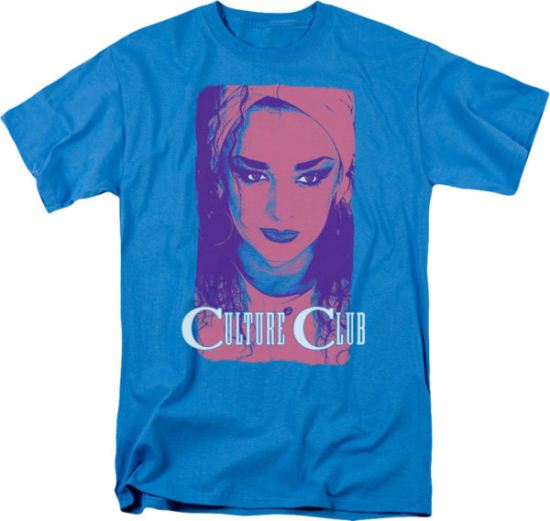 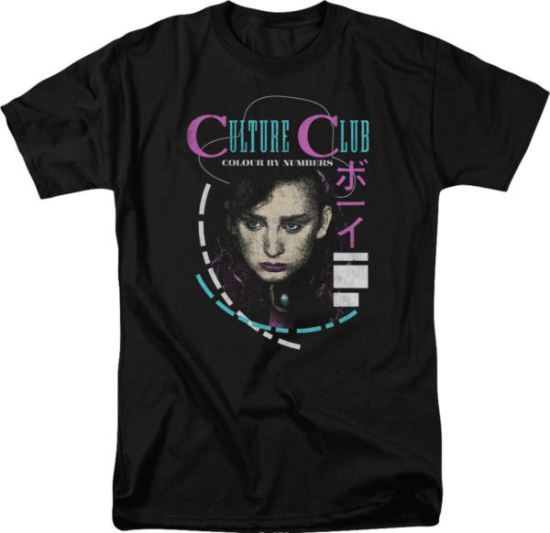 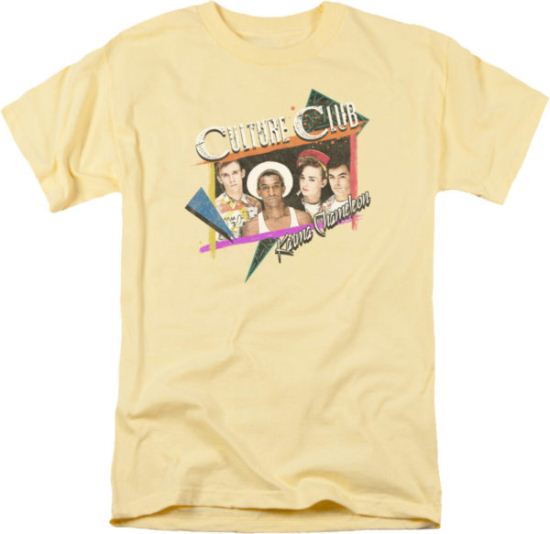 This Culture Club t-shirt features a promotional shot of the new wave group for their popular 1983 single “Karma Chameleon”. The shirt shows band members Roy Hay, Mikey Craig, Boy George and Jon Moss. “Karma Chameleon” is consistently considered one of the catchiest pop tunes of all time. The hit song fits perfectly with the vibrant colors that appear on this t-shirt. Let everyone know that you are a fan of Culture Club with this Karma Chameleon t-shirt! 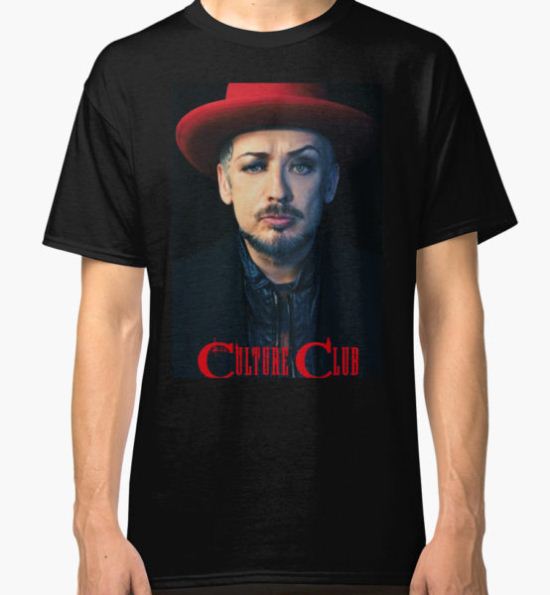 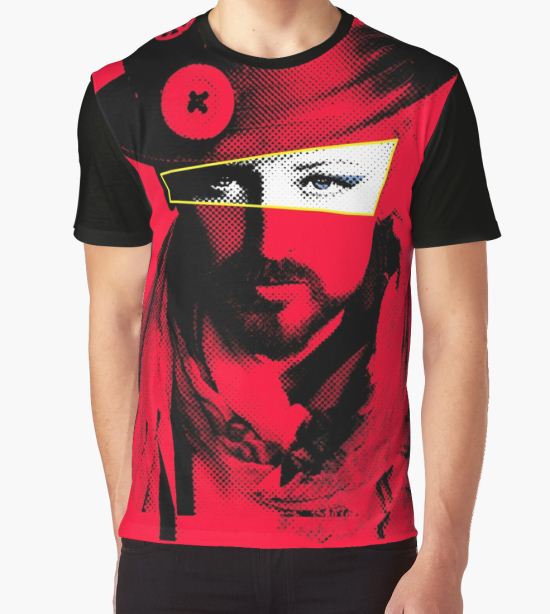 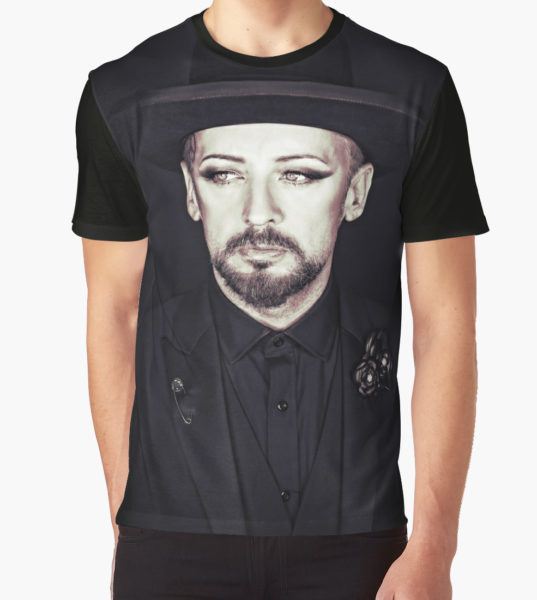 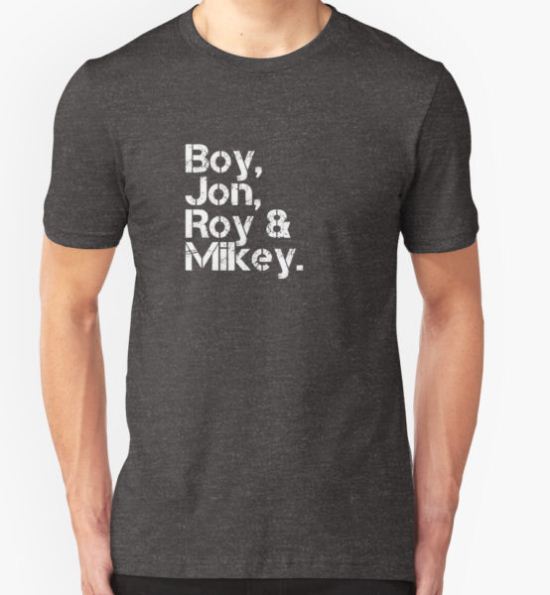 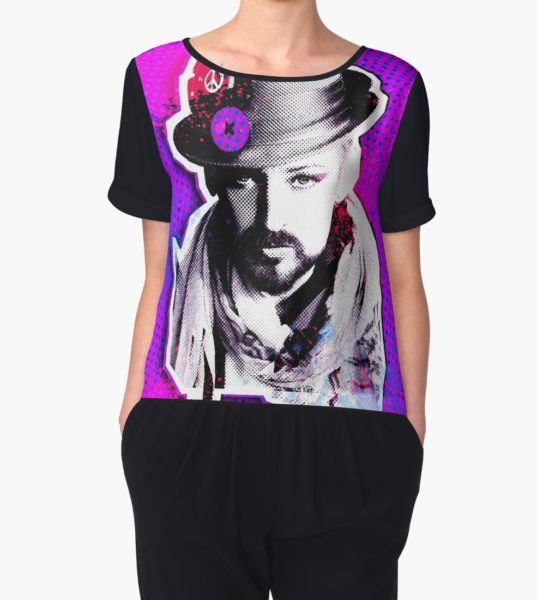